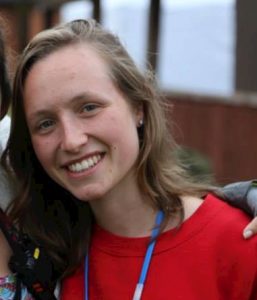 The United Nations Convention on the Rights of the Child (UNCRC) is an international treaty, signed and ratified by the UK Government. It is not incorporated into UK law, meaning the rights documented are not legal rights that can be relied upon by UK citizens in court. However, under the convention, the UK Government should protect the rights enshrined in it to the greatest extent possible.

In this post, I will examine school exclusions law in relation to three of these rights: ‘best interests’ (Article 3), ‘participation’ (Article 12) and ‘equality’ (Article 2). A full list of the rights under the UNCRC can be found here. I must emphasise, that I am focusing on the law itself and not how it is put into practice, as teachers on the ground may well have more respect for children’s rights than the law provides.

Article 3 UNCRC: “In all actions concerning children… the best interests of the child shall be a primary consideration.”

“Best interests” is a key factor in family law concerning children. Most notably in s1 Children Act 1989, in all decisions concerning the upbringing of a child, that child’s welfare (or best interests, I will use these interchangeably) must be the court’s paramount consideration.

Education law does not take the same approach. In order to exclude a pupil, he/she must have committed “serious or persistent breaches of the school’s behaviour policy” AND “allowing the pupil to remain in school [must risk] seriously harm[ing] the education or welfare of the pupil or others in the school.”

Thus, although welfare is relevant, an exclusion decision can be taken without taking the interests of the excluded child into account.

In an education context, it makes sense that the best interests of any one particular child are not the paramount consideration. Consideration of others in the school are also key. However, the lack of a requirement to at least consider the excluded child’s best interests demonstrates how this area lacks consistency with other areas of child law and the UNCRC.

In 2012, a report by the Office of the Children’s Commissioner, suggested that, in order to comply with Article 3, statutory guidance should state that the interests of the child concerned must be a primary consideration in exclusion decisions. This advice has not been acted upon.

Therefore, although it would be expected as good practice for a headteacher to consider the best interests of a child before excluding them, the law currently provides no duty to do so.

“1. States Parties shall assure to the child who is capable of forming his or her own views the right to express those views freely in all matters affecting the child, the views of the child being given due weight in accordance with the age and maturity of the child.

2. For this purpose, the child shall in particular be provided the opportunity to be heard in any judicial and administrative proceedings affecting the child, either directly, or through a representative or an appropriate body, in a manner consistent with the procedural rules of national law.”

At no point in the exclusion process is there a right for the child to be heard. At the initial stage of the head teacher’s decision, the Statutory Guidance does encourage the child to be spoken to, but there is no duty to do so or take their views into accounts.

Once the decision has been made and approved by governors, only those over 18 can apply for an Independent Review Panel (IRP) (in England). This means that the majority of children must rely on their parents to do so.

In contrast, in Wales, a child over 16 can apply alone, and from 11-15, he/she can apply with his/her parents. In Scotland, there is a rebuttable presumption that once a child is 12 they have capacity to appeal, and full right at 16.

During the passage of the Education Bill 2011, an amendment was proposed that would have allowed children the opportunity to make representations, appeal, and receive information relevant to representations. It was argued that this would bring exclusion law into line with Article 12 UNCRC, and was not dissimilar from other areas of law, for example, medical decision making, where children who are old enough to understand can have a say. Furthermore, it was pointed out that  there may be situations where it is the child, not the parents, who are motivated to appeal. The amendment was rejected on the premise that it is part of parental responsibility that parents bring these challenges.

Article 2 UNCRC: “States Parties shall respect and ensure the rights set forth in the present Convention to each child …without discrimination of any kind, irrespective of the child’s or his or her parent’s or legal guardian’s race, colour, sex … disability, birth or other status.”

This means that every child should benefit from all the other rights under the UNCRC.

Article 28 UNCRC: “State parties shall recognise the right of the child to education.”

Permanent exclusion, per se, does not breach a child’s right to education (Ali v UK). In an ideal world, an excluded child would start afresh in a new school or other types of equally fulfilling alternative provision would be provided. In reality, however, there is no doubt that exclusion has a profound affect on a child’s future. Furthermore, we know that certain groups are disproportionately affect by permanent exclusions: boys, black and minority ethnic children, looked after children, those on free school meals and those with special educational needs (SEN).

So, is the law doing anything to help ensure that children from these groups are enjoying the same right to education as other children?

1. Equality Act claims: Since the introduction of IRPs in 2012, parents have been able to bring a claim under the Equality Act 2010, if they feel their child has been discriminated against in the decision to exclude. This must be according to one of the characteristics set out in the Act: sex, race, disability, religion or belief, sexual orientation, pregnancy, or gender reassignment.

However, legal aid for school exclusion cases was removed by the Legal Aid, Sentencing and Punishment of Offenders Act 2012. This means that few parents can access the legal advice and representation necessary to ensure that these rights are fulfilled in practice.

3. SEN experts: Since 2012 parents have been able to request an SEN expert at an IRP. They act in a role akin to an ‘expert witness’.

Equality law is about preventing people from being treated differently because of characteristics they cannot change. Article 2 UNCRC is very wide ranging in this regard, including a wide range of categories and a ‘catch all’ at the end: “…any other status”.

The provisions above aim to protect children who have SEN or another disability, or who are of a particular gender, ethnic group, nationality or sexuality. In contrast, there are no provisions targeting children who receive free school meals or children in care – two other key risk factors.

During the passage of the Education Bill 2011, an amendment was proposed that would have targeted these groups, requiring schools reinstate the child and “make reasonable adjustments”, in order to give children at risk a second chance. The proposal was not accepted saying it would undermine headteacher’s authority.

In 2010, the Government made a commitment to consider children’s rights under the UNCRC when making new laws. In 2011, the law on school exclusions was reviewed and renewed. However, the key rights considered here have not being given real protection. First, there is no duty on headteachers to have the ‘best interests’ of a troublesome child as their primary consideration. Second, children have no right to have a say at any stage in the process. Finally, laws aiming to ensure all children are treated equally go far, but not far enough. As said in the introduction, it may be that good teachers go much further than this, but without legal recognition of these rights, there is no framework from which to begin.

School Exclusions and the Law, Lucinda Ferguson and Naomi Webber (Department of Education, University of Oxford, 2015)

This article was prepared by the author in their personal capacity. The opinions expressed in this article are the author's own and do not reflect the view of, nor are condoned by, the School Exclusion Project, Matrix Chambers, 11KBW, City University or our partners.
Children's Rights, UNRC
Share Post: