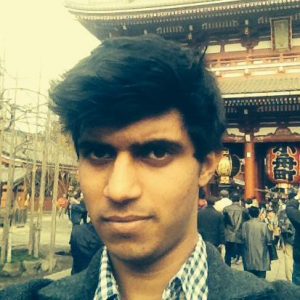 Any decisions taken by schools, including the decision to exclude, must be lawful, rational, fair and proportionate. The legal procedure for exclusion hearings can be found in S. 51(A) of the Education Act (2002), This introduced a new framework for exclusion hearings, replacing the ‘independent appeal panels’ with ‘independent review panels’. Significantly, review panels no longer have the power to reinstate pupils directly. Under S.51(A)(4) the review panel can either vote to (1) uphold the governing body’s decision, (2) recommend that the governing body reconsiders the decision, (3) quash the original decision and direct that the governing body must reconsider the decision.

This change was of significant concern to the Administrative Justice and Tribunals Council (AJTC). In a letter to the Joint Committee on Human Rights, the AJTC questioned whether the new arrangements complied with human rights law. While this was dismissed by the Government it is worth analysing in greater detail whether the procedure for exclusion hearings is in breach of human rights.

How are Human Rights protected in the UK?

Human rights are protected via the Human Rights Act of 1998 (HRA). Essentially, the Act incorporated the European Convention on Human Rights (ECHR) into UK Law. This meant that claims based on core rights such as the right to life, equal treatment and privacy, could now be litigated in UK courts. If the applicant still feels that their rights have been breached, they have the opportunity to appeal to the supranational European Court of Human Rights in Strasbourg (which incidentally has absolutely nothing to do with the EU).

Everyone in the UK has rights under the HRA, and can claim against either a public authority (be it a school, local council, hospital) or a private company acting in a public capacity (such as a private company running a care home). It also gives judges the power to interpret laws passed by parliament, to make sure they comply with human rights.

If the statutory provision is found to be in breach of a Convention Right, then the court has two options. Firstly, it will examine whether it would be possible to ‘reinterpret’ the provision so that it complies with the Convention; which in practice involves adding a necessary caveat. If amending the provision would breach a ‘fundamental feature’ of the statute and nullify parliament’s intention, then the Court can choose to issue a ‘declaration of incompatibility’ with the Convention. While parliament has no legal duty to amend the offending provision, in practice it usually does so.

The most relevant provisions of the ECHR for exclusion hearings are Articles 6 and 13. These respectively establish the right to a fair hearing and an effective remedy. While judges have accepted there is a ‘duty to act fairly’ long before the Human Rights Act, the incorporation of Article 6 can examine whether a piece of legislation satisfies both these criteria.

The limited powers of the IRP have led the AJTC to suggest that the new procedure breaches both of these rights. By delegating the final decision to the school’s governing body, S.51(A) fails to provide a genuinely independent review of exclusion decisions. Similarly, even if the IRP finds that the decision to exclude was illegal, irrational or procedurally unfair, there is no effective remedy for the pupil in that situation. Despite an independent body admitting that the school breached public law principles, the excluded pupil is still at the whim of the governing body.

How have the government responded to this?

In response to the AJTC’s concerns, the government drew attention to the fact that Article 6 is only engaged when a ‘civil right’ is being determined. In the Court of Appeal case of R (on the application of LG) v The Independent Panel for Tom Hood School [2010] EWCA Civ 142, it was held that Article 6 was not engaged in an exclusion hearing before an independent appeal panel because it did not impact a ‘civil right’. While there is a right to education (Article 2, Protocol 1 of the ECHR), there is no right to be educated at a particular institution.

Does the government’s response stand up to scrutiny?

A few months later, the Grand Chambers of the European Court of Human Rights decided Orsus v Croatia. Ostensibly, the case has little to do with exclusion hearing – the facts of the case concern discriminatory treatment of the Roma people. However, the case in question held that Article 6 was engaged in an education dispute.

The government stated that the facts were too far removed to be of any relevance. Yet a closer reading of the case suggests that it does hold relevance to exclusion hearings. As the JCHR noted, a major part of Orsus considered what constitutes a ‘civil right’. It established that the proper test should be:

Where a State confers rights which can be enforced by means of a judicial remedy, these can, in principle, be regarded as civil rights within the meaning of Article 6.

The ‘civil right’ in question is not the right to education, but whether it is amenable to a judicial remedy. Since the right to appeal the exclusion can be heard via judicial review, it naturally follows that Article 6 of the ECHR does apply to exclusion hearings.

It has been suggested that the possibility of judicial review in itself could satisfy the requirements of Article 6. However, this claim has little weight to it. Judicial review does not provide an opportunity to challenge findings of fact made by the governing body of the school. While independent review panels do have such jurisdiction, the means by which they can give practical effect to the judgment are limited.

What should be done?

In summary, the current procedure for school exclusions breaches Article 6 of the ECHR. It is an affront to natural justice and the principles of a fair and independent hearing. Since the vast majority (70%) of exclusion hearings concern issues of SEN, the JCHR has recommended that all exclusion hearings should be appealed to the first-tier tribunal. This would remove the incompatibility by providing a genuinely independent tribunal with the jurisdiction to provide an effective remedy.

The seriousness of a school exclusion should not be underestimated. Most excluded children must attend a Pupil Referral Unit (PRU), which overall have a poor record of educating excluded children. Less than 1% of pupils at PRUs achieved 5 GCSEs at grades A*-C in 2008,2 and only 11.7% achieved at least one GCSEs at A*-C. With this in mind, it is vital that the rules of natural justice are followed and pupils are given a fair hearing.

Anirudh completed the GDL and is currently studying for the BPTC. He has represented clients in GDC and IRP Hearings. Prior to the GDL, he taught debating and conducted policy research on the North-South Divide.

This article was prepared by the author in their personal capacity. The opinions expressed in this article are the author's own and do not reflect the view of, nor are condoned by, the School Exclusion Project, Matrix Chambers, 11KBW, City University or our partners.
Human Rights, School Exclusion
Share Post: