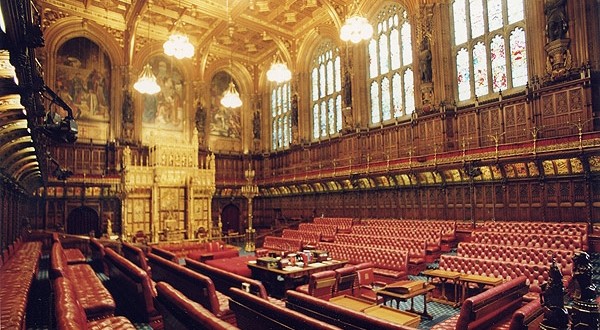 “Should there be a higher duty of care on head teachers when excluding children from school to ensure children who require the most support are met at the school by an appropriate adult?”

This was the question posed by Lord Lupton (Con) in the House of Lords today (15th Dec).

I feel Lord Lupton asks a valid question in the light of the general spirit of the 2012 Exclusion Guidance which suggests a wider duty of care owed to school children by head teachers.

Mark Greaves, the School Exclusion Project’s (SEP) chief director welcomed Lupton’s interest in The Guardian yesterday (14th Dec) stating that “In our experience, in practice, most head teachers simply notify the parents – as they are legally required to do – and ensure that the child does not remain on site. However, it is our view that it is entirely in keeping with the spirit of the guidance to place a higher duty on head teachers when it is necessary for the protection of vulnerable children and a proportionate way of dealing with the issue.”

Baroness Evans of Bowes Park (Con) answered on behalf of the Government. She repeatedly mentioned the Troubled Families programme, shying away from the specific issue mentioned by Lord Lupton.

Currently the exclusion procedure is as follows:

Head teachers must, without delay, notify parents of the period of the exclusion and the reasons for it and provide the following:

Written notification of the information can be provided by:

In reality Head teachers usually telephone parents to inform them that they are excluding their child, and post a letter first class that day. They then escort the child off the premises.

If a parent is uncontactable by telephone, it is not uncommon for Head teachers to merely leave an answerphone message and escort the child off site (and in doing so, the Head teachers will not necessarily be in breach of the Guidance – particularly as in many cases the child may live close to the school so can walk home/get the bus).

It is thus possible for a child to be unsupervised for a period, with a parent unaware at that time that the child is not at school.

Debate in the House of Lords

Baroness Howells of St Davids (Lab) bringing the discussion to Lord Lupton’s question, speaking of children wandering streets, angry and frustrated following a permanent exclusion. She stressed that with no one to take them home to look after them the head teacher was acting in loco parentis. Baroness Howells also stated that we enter a “downwards spiral”… “when we cease to get the adult who is in charge at the time to look after the child in their care”. She asked how this could be avoided.
Baroness Evans’ response was only to note that school staff do have a duty of care and that many head teachers do not exclude because they understand the home situation of children. This reply fails to address the excellent point raised by Baroness Howells.

Lord Watson (Lab) afforded an ideal opportunity to Baroness Evans to speak about reform of the Guidance stating that there an increased duty of care for head teachers would be “neither necessary nor appropriate”. Baroness Evans merely replied that head teachers currently are under a duty and work very well to ensure suitable alternative provision to support young people and their families. Her answer failed to address Baroness Howells’ and Lord Lupton’s concerns about the position of head teachers as in loco parentis and whether or not an increased duty would result in fewer children wandering the streets, angry and upset.

Lord Elton noted that permanent exclusion was a reliable predictor of criminality and asked what the Government could do to establish a wider net to stop people falling through into prison. Once again, Baroness Evans spoke about the Troubled Families initiative and its future expansion to 400,000 families.

Lord Storey (Lib Dem) noted that suspension makes the situation worse for child, family and teacher and that it will not solve that child’s problems. He proposed a round table discussion to look at evolving current practices. In a vague answer Baroness Evans spoke about the importance of a child returning to a suitable educational provision. She highlighted the improved provision offered by pupil referral units clearly demonstrating a lack of knowledge of the provision which is really offered by these institutions.

Baroness Whitaker (Lab) questioned Natalie Evans about the high proportion of traveller boys who are excluded, again receiving a response about Troubled Families and local initiatives.

It is, in my opinion, both necessary and proportionate not to put children at risk by sending them home without adequate supervision. In the context of the Government’s current child welfare focus following numerous child sexual abuse scandals, I believe this is an opportune moment for reform of the Guidance, as was promised for 2015 and has been withdrawn without further comment by the Government. The following is proposed as a reform that is desirable and workable in practice:-

Vulnerable Children are disproportionately represented in the national statistics on exclusion. The DfE does not provide statistics on CSE or CIN, but the most recent statistics show that pupils with SEN account for 7 in 10 of all permanent exclusions and 6 in 10 of all fixed term exclusions despite making up only 20% of the student population as a whole. This is also reflected in our own statistics; 20% of the cases we have assisted with have involved children with SEN and a Statement/Educational, Health and Care Plan (EHC Plan) and a further 15% have SEN but no Statement/EHC Plan.

I look forward to more questions like Lord Lupton’s which demonstrate that within Parliament there is some understanding of the issues that we encounters daily.

View the debate online here (the relevant question was asked at 14:36).

This article was prepared by the author in their personal capacity. The opinions expressed in this article are the author's own and do not reflect the view of, nor are condoned by, the School Exclusion Project, Matrix Chambers, 11KBW, City University or our partners.
Duty of Care, Education Policy, Exclusion Guidance, Headteachers, Lord Lupton
Share Post: